,Suffering with depression it's common to create worlds that are very different to the one in which we live. These worlds are a massive change to the ones in which we live and are usually full of fantastical and unrealistic things, however they give us a chance to escape from the world around us. This means we are more than likely to have a strong, vivid and wide imagination, which can be presented in  many ways, through creative writing, acting, fine art, graphics, music, photography and much more.  To re-create this idea I think its very important to ensure these worlds look realistic, which makes suffering easier because it means escaping from what is around us is easier than we think and actually realistic.

In these images I can see a young girl sat looking at/playing with fairies, which are much smaller than the girl. Wright and Griffiths call their abstract experiment the " Cottingley Fairies." The images are in grey scale, this is because they were made in 1917 on a Midg quater-plate, which produced images of this grey scale colour.  None of the images have been made intentionally following any 'rules' or formal elements as the two girls were 16, Wright and 9, Griffiths and therefore didn't really think or care about how the images looked.  Wright said years later she believed she had photographed her thoughts, of corse at the time they were just playing around and didn't realise the attention they would receive. The contract between the girl, the fairies and the background is big, this is due to the camera but it makes the fairies stand out and be the subject of the images, which is where they want the focus. The work was created in 1917 on an old Midg quarter-plate that Wright borrowed from her father then produced in Wright's fathers darkroom. In the early 1980s Elsie and Frances admitted that the photographs were faked, using cardboard cutouts of fairies copied from a popular children's book of the time after making the public decide if they were real or not since 1919.
The work makes me feel content and happy, this is because they have been created purely based up on a child's creativity and imagination, but yet they do it in a way that makes it look realistic, despite not knowing what they were about to create. The two girls played together near a stream at the bottom of the garden, which annoyed their parents as they came back with wet clothes. Wright and Griffiths said they only went to the back to see the fairies and therefore went to get the images to prove why they were going. I think that the work is trying to communicate imagination and creativity, therefore proving a world that none else could see. The fairies they created is where they spent most of their time playing and having fun whilst growing up, escaping from the reality of school and chores that they would have had to do. Weather they suffer from depression or not its normal for a child to experiment with their creativity whilst they learn. 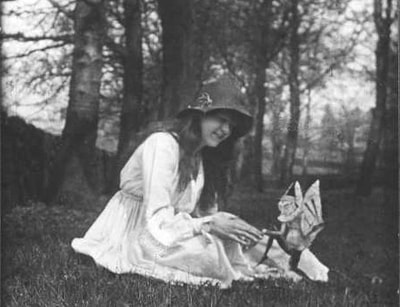 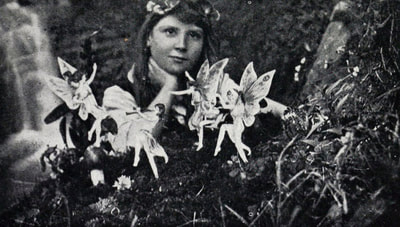 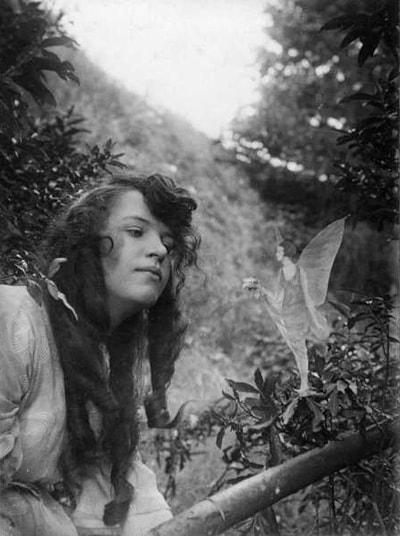 For this shoot I took inspiration from the Cottingley Fairies and wanted to re-create the experimental fantasy world, exposing a creative side of someone, who suffers with depression. Whilst doing the shoot I planned where I wanted to place each fairy then I would know which pose would need to be done. I made sure that images with no-one in were taken too so that if there were any mistakes or anything needed erasing I could easily do so.  I think this shoot went well but if I was to do it again I would ensure that the lying down images were done so that she wasn't lied down straight and placing the arms in different places. 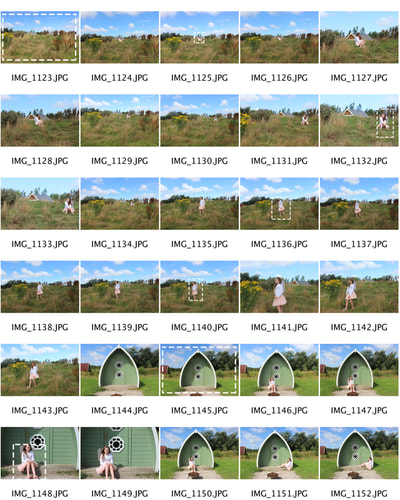 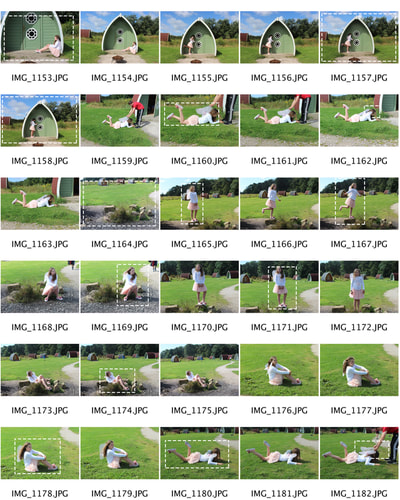 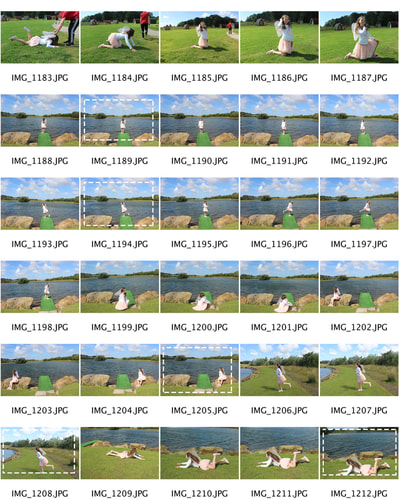 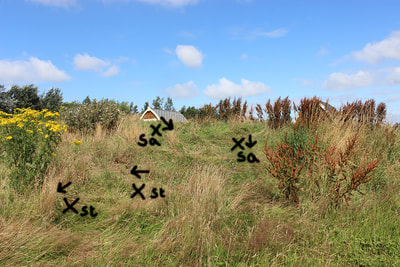 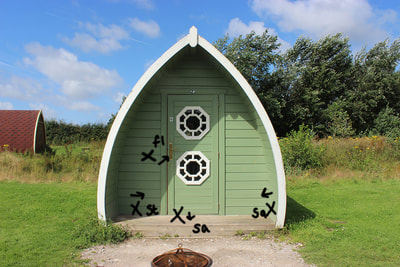 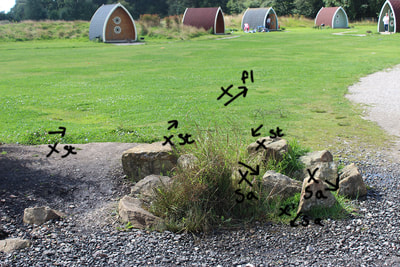 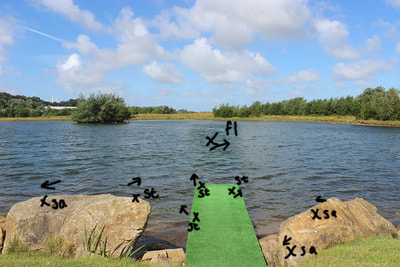 With this image I had planned to have a fairy flying over the top, so I took the images as I had done previously for the other images. When it came to editing this one, the flying fairy didn't look like it was meant to be there, ruining the illusion of realism. I think if the lighting was better on the image of the flying girl it would have worked. Also she looks too straight, as if she had been lying on the floor, which again ruins the illusion. To fix it I distorted the image by changing the perspective, I copied the skirt so it looked like it was falling, I moved the arm so it came out the line. Even after doing that the fairy still looked out of place so I deleted that layer and kept the picture without the flying fairy. 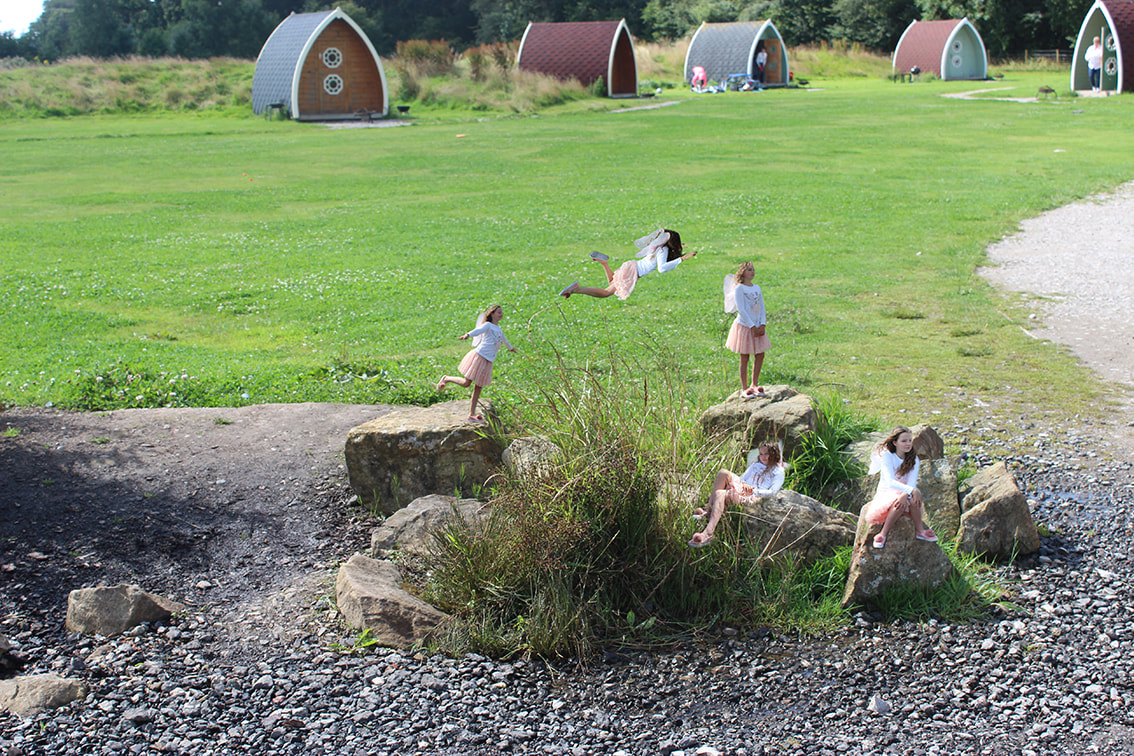 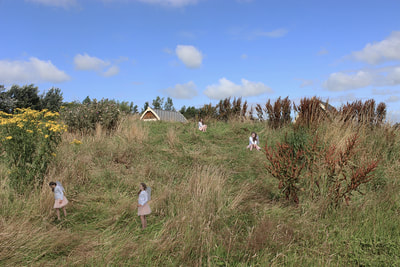 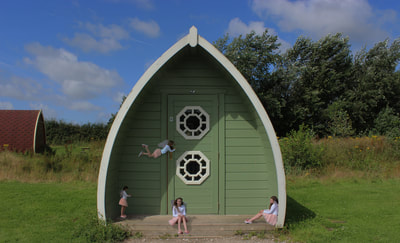 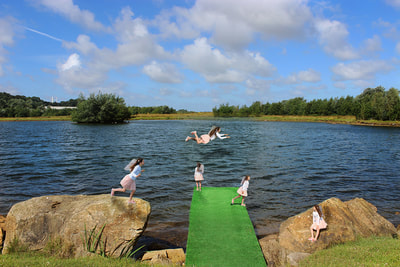 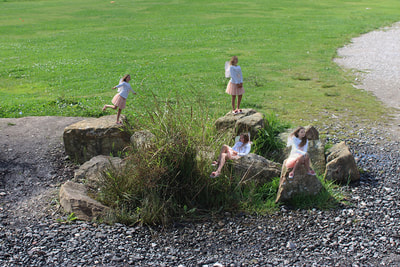 Too develop these images further I decided to draw the fairies I had taken pictures of, then shoot them as where they would be in real life. I took the images based on what Wright and Griffiths did for the Cottingley fairies, but they were also very much inspired by Abelardo Morell and his creative, cartoon style work. However I still wanted to keep them as realist as a cartoon drawn fairy could be. 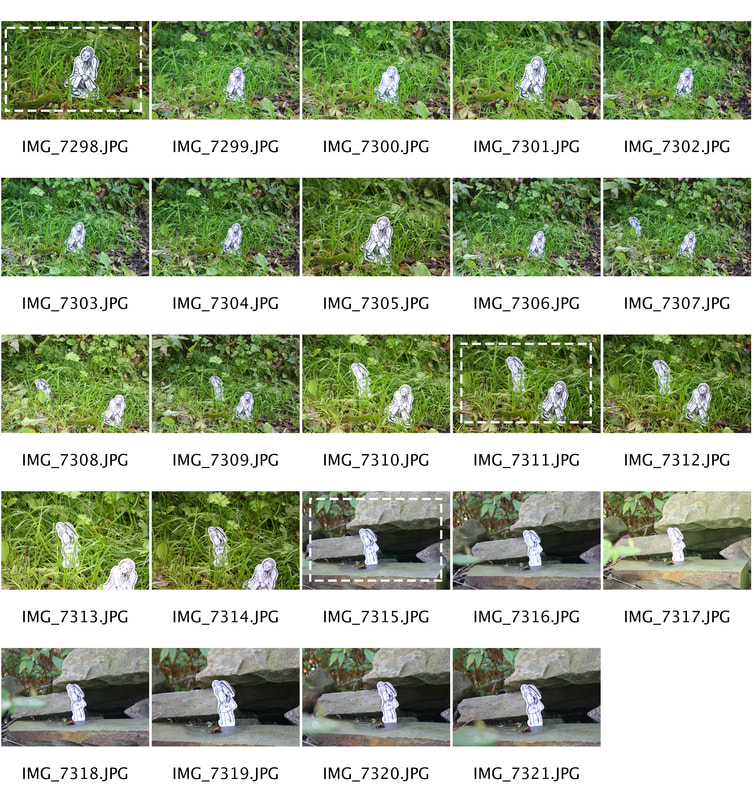 I loved how these development turned out. I think they reflect the creative side of depression. Drawing the fairy into the world is something us, as suffers, do, put themselves into places they would rather be. The location that I look these images in is a quite, relaxing environment which when we may feel down it is a great place to go and free ourselves. 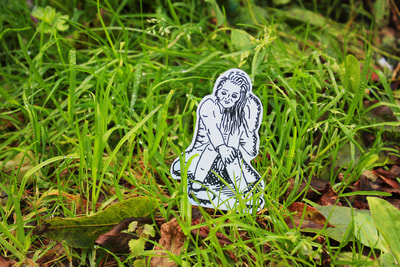 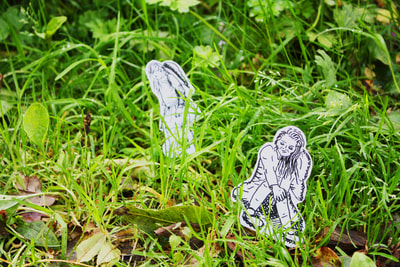 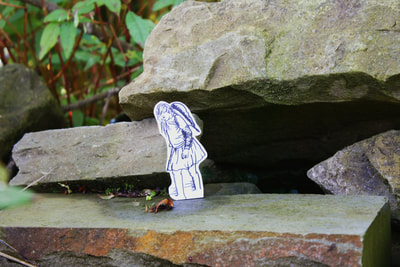