For us finding our identity is hard. But not only finding our own but, trusting others when we  are constantly let down is a big wall to try and climb over. Identity is  any number of things such as religion, race, sexual preference, gender, or ethnicity. Some traits are set at birth such as race and sex. Some traits may be modified later in life such as languages spoken or religious preferences. Struggling with various parts of identity is natural and normal. Developing an identity or sense of self and those traits we  desire to have can take time and may be challenging. Not having a strong sense of self or struggling with identity issues may lead to depression, anxiety,

In these images we see a cute white rabbit, which seems to be doing the opposite as to what you would expect .The rabbit seems to be breaking in, and the cult to many. The rabbit is a mask, the mask hides who you are and your identity, to convey and evil and manipulative action of which the person underneath is innocent of. This idea of mask is apparent in many horror films to convey films, The Strangers, Friday 13th, The Purge, Danny Darko.
These surreal fantasy  images show a narrative through a humanoid character, the pure white rabbit. The images have many natural colours which keep the realist side not the images but are contrasted with a strong use of dark shadows, which is created with artificial lights. The shapes the patterns and the textures are all natural ones which sort make you second guess them, this not only makes the images seem natural but it focuses us on the subject in the image. The dark tone in the images, which I think was partly created by using smoke to act as fog and darken in photoshop and light room creates the menacing side to the rabbit, which is contrasted to the 'normal' identity and behaviour of a rabbit. The space is added by the background which acts as 'negative space' as well as the lighting or shadows that is added.
I think these images would be shown very large, high gloss in HD, this would help you to engage into this world of unknown identity. I think these images are made as a project for gallery work and some slight commercial work for adults.
I think these images were created in photoshop as digital photography with much use of camera work, adding fog, and the mix use of lighting. These images make you feel scared as you can hear to silence as a high pitched scream which is created through composition, lighting and behaviour of the subjects.  When looking at the second image we stereotypically say the rabbit is male. However, without seeing the face and body properly we don't know the sex of the subject. We assume the rabbit is male because of the broad shoulder, hands are clenched. I think this image suggests that they are walking into death, and the relationship that is forming is one that you won't return from. It hold against what parents always say to children ' don't talk to strangers' , but then contracted with a pure innocent white rabbit which would attract children. This images teaches us that just because the rabbit looks incorrect doesn't mean that is it. You know that the first rabbit isn't innocent because there is one looking out to see if anyone is coming, the other is climbing into the window instead of walking through a the door, so these rabbits of which are dressed in white are meant to be innocent but are acting suspicious. Both of these images say that you can't take everything at face value, not just how someone looks but how they act and that before trusting anyone you should know them not based on looks. I think this reflects our political times that beauty is skin deep and the world around us isn't safe so we have to be careful but still trust the world. 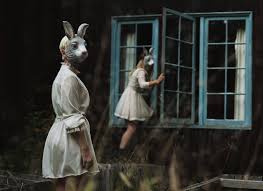 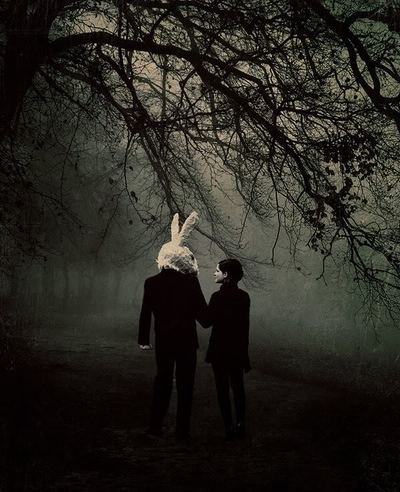 The inspiration I took from these images was the concept of the white rabbit, I didn't really want to take the dark colours and mist into my images because I wanted to keep my images looking positive and bright. I decided to wear clothes that a mother would hope their child isn't wearing around a young lad, as they can be suggestive around a male who is having hormonal changes. 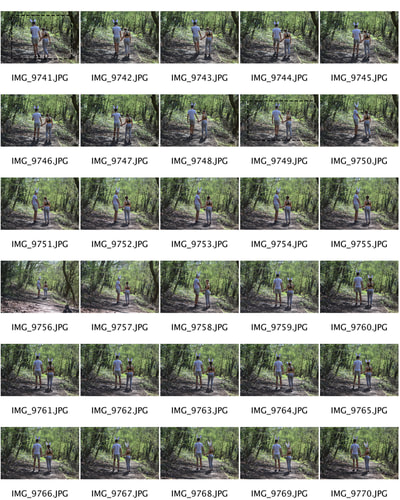 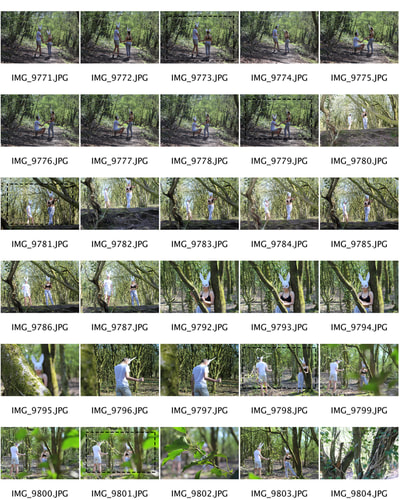 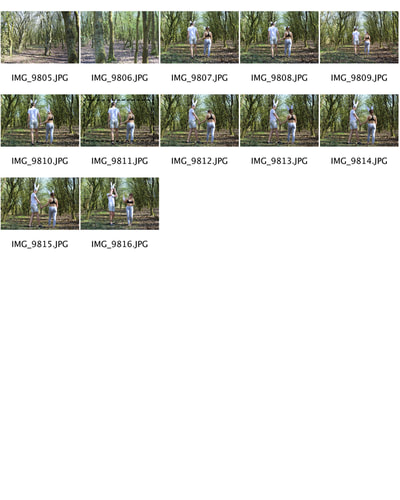 I love how my final images came out, I think they portray the hierarchy between the two very well, as well as the contrast of innocence. 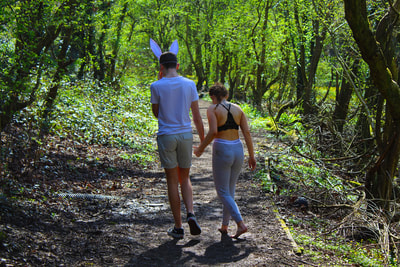 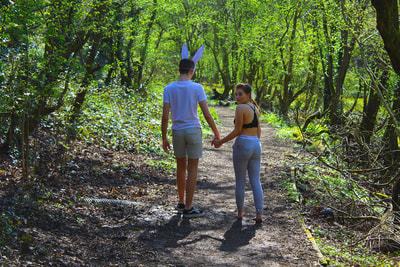 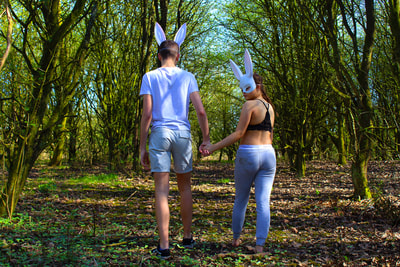 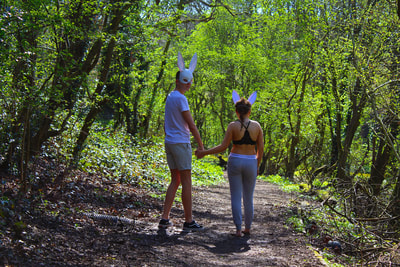 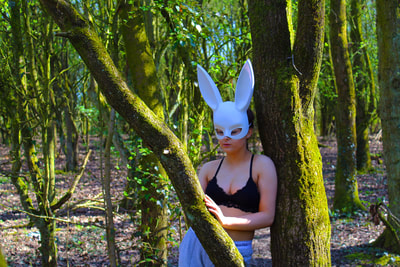 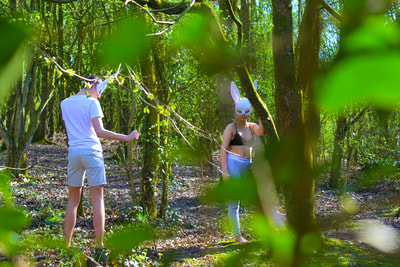 I explored the idea that we present ourselves in a different way to people on social media. I took an image of myself using my camera, which depicts the 'real' me, and an image on my phone that I would post to social media to depict my life as I want others to see it. This pressure to present ourselves to the world in a different way can contribute to feelings of depression and not being good enough. 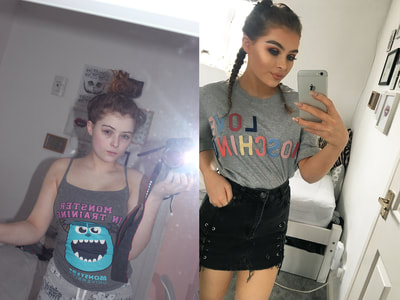